MIAMI, Jan. 26, 2022 /PRNewswire/ -- Halmos Capital Partners ("Halmos") has announced the formation of Cedarline Outdoor ("Cedarline"), an outdoor hospitality investment platform focused on the RV park industry. Through the strategic acquisition of high-quality parks in desirable destinations throughout North America, Cedarline seeks to create a diversified portfolio of properties that is unique to the industry in terms of infrastructure, scale and visitor experience. In conjunction with …

SANTA MONICA, Calif., Jan. 26, 2022 /PRNewswire/ -- Sir Lucian Grainge, Universal Music Group's (UMG) Chairman and CEO, has been named No. 1 on Billboard's 2022 Power List, a list of the most influential executives in music. After a break in 2021, Billboard's Power List returns this year, and with his top ranking, Grainge leads the magazine's annual list for a record fifth time. In 2020, Grainge was the first executive ever appointed "Executive of the Decade," having previously appeared at No. 1 on the Billboard Power 100 in 2013, 2015, 2016 and 2019. He is still the only executive to appear at No. 1 more than once and in consecutive years. 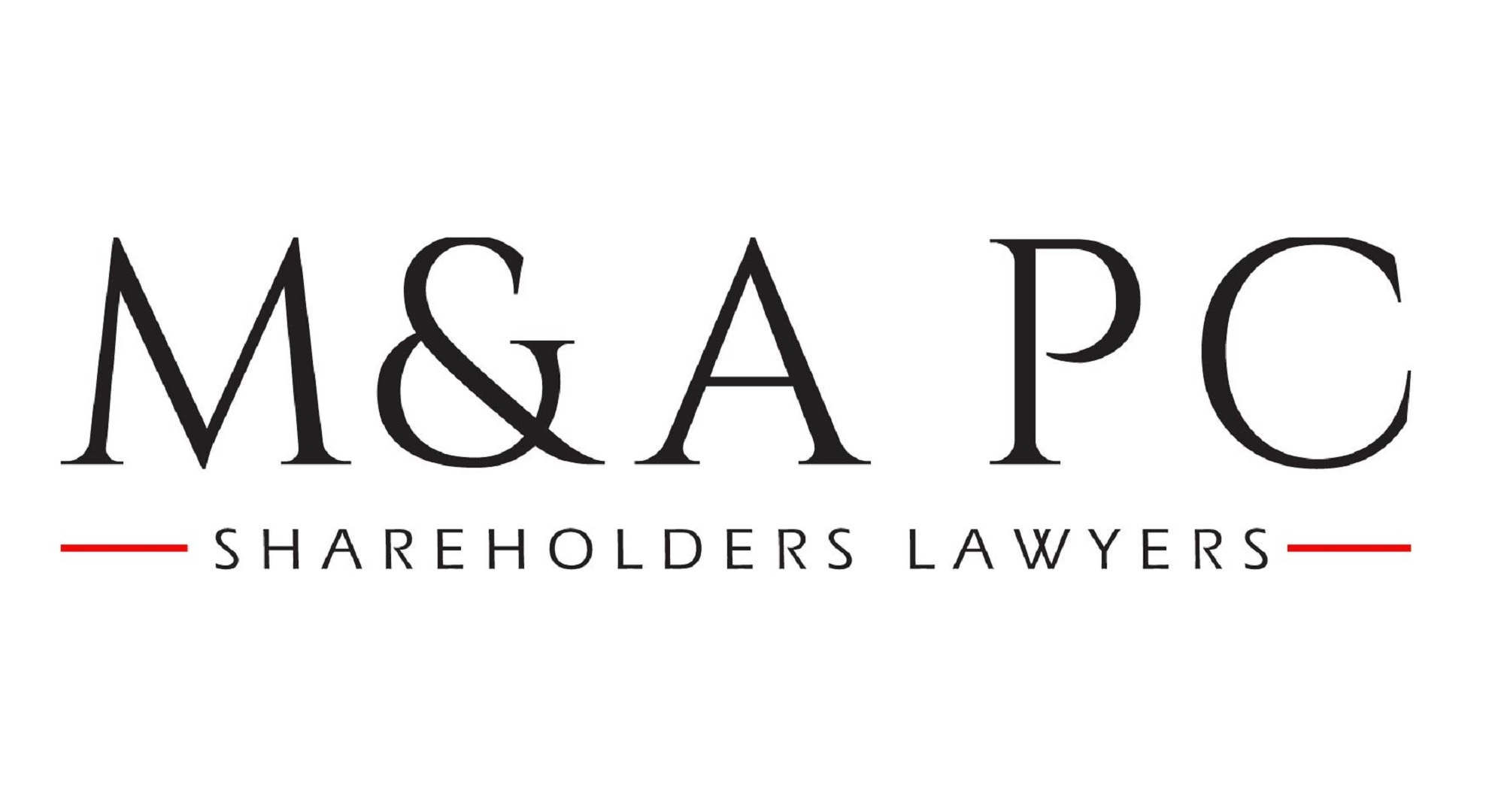 NEW YORK, Jan. 26, 2022 /PRNewswire/ -- WHY: Rosen Law Firm, a global investor rights law firm, continues to investigate potential securities claims on behalf of shareholders of Medallion Financial Corp. (NASDAQ: MFIN) resulting from allegations that Medallion may have issued materially misleading business information to the investing public. SO WHAT: If you purchased Medallion securities you may be entitled to compensation without payment of any out of pocket fees or costs through a contingency fee arrangement. The Rosen Law firm is preparing a class action seeking recovery of investor losses.

NEW YORK, Jan. 26, 2022 /PRNewswire/ -- The Gross Law Firm, securities class action litigators, issues the following notice to shareholders of Clarivate Plc. Shareholders who purchased shares of CLVT during the class period listed below are encouraged to contact the firm regarding possible lead plaintiff appointment. Appointment as lead plaintiff is not required to partake in any recovery. CONTACT …

BMBL ALERT: The Gross Law Firm Notifies Shareholders of Bumble Inc. of a Class Action Lawsuit and a Lead Plaintiff Deadline of March 25, 2022

NEW YORK, Jan. 26, 2022 /PRNewswire/ -- The Gross Law Firm, securities class action litigators, issues the following notice to shareholders of Bumble Inc.: Shareholders who purchased Class A common stock of Bumble directly in Bumble's secondary public stock offering that took place on or about September 10, 2021 are encouraged to contact the firm regarding possible lead plaintiff appointment. Appointment as lead plaintiff is not required to partake in any recovery. CONTACT …

HEFEI, China, Jan. 26, 2022 /PRNewswire/ -- Sungrow, the global leading inverter solution supplier for renewables, announced that the Company ranked first in the 2021 China Top 500 ESG Companies list released jointly by the well-known organization Sina Finance ESG Rating Center and CCTV-1 "Brand of Great Power" program. The environmental, social, and governance (ESG) criteria are a set of standards for a company's operations that socially conscious investors use to screen potential investments. It's an evaluation of a company's collective conscientiousness for social and environmental factors.

NEW YORK, Jan. 26, 2022 /PRNewswire/ -- The Gross Law Firm, securities class action litigators, issues the following notice to shareholders of Bright Health Group, Inc.: Shareholders who purchased or otherwise acquired: (a) Bright Health common stock pursuant and/or traceable to documents issued in connection with the Company's initial public offering conducted on or about June 24, 2021; and/or (b) Bright Health securities between June 24, 2021 and November 10, 2021 are encouraged to contact the firm regarding possible lead plaintiff appointment. Appointment as lead plaintiff is not required to partake in any recovery.

NEW YORK, Jan. 26, 2022 /PRNewswire/ -- The Gross Law Firm, securities class action litigators, issues the following notice to shareholders of Talis Biomedical Corporation. Shareholders who purchased or otherwise acquired Talis common stock pursuant and/or traceable to the registration statement and prospectus issued in connection with the Company's February 2021 initial public offering are encouraged to contact the firm regarding possible lead plaintiff appointment. Appointment as lead plaintiff is not required to partake in any recovery.

NACAULPAN DE JUAREZ, Mexico, Jan. 26, 2022 /PRNewswire/ -- Grupo Kaltex, S.A. de C.V. ("Grupo Kaltex" or the "Company") announced today that it has commenced a cash tender offer (the "Tender Offer") for any and all of the outstanding U.S.$220,000,000 aggregate principal amount of its 8.875% Senior Notes due 2022 (the "Notes"). In conjunction with the Tender Offer, Grupo Kaltex is also soliciting consents (the "Consent Solicitation") from the holders of the Notes for the adoption of proposed … 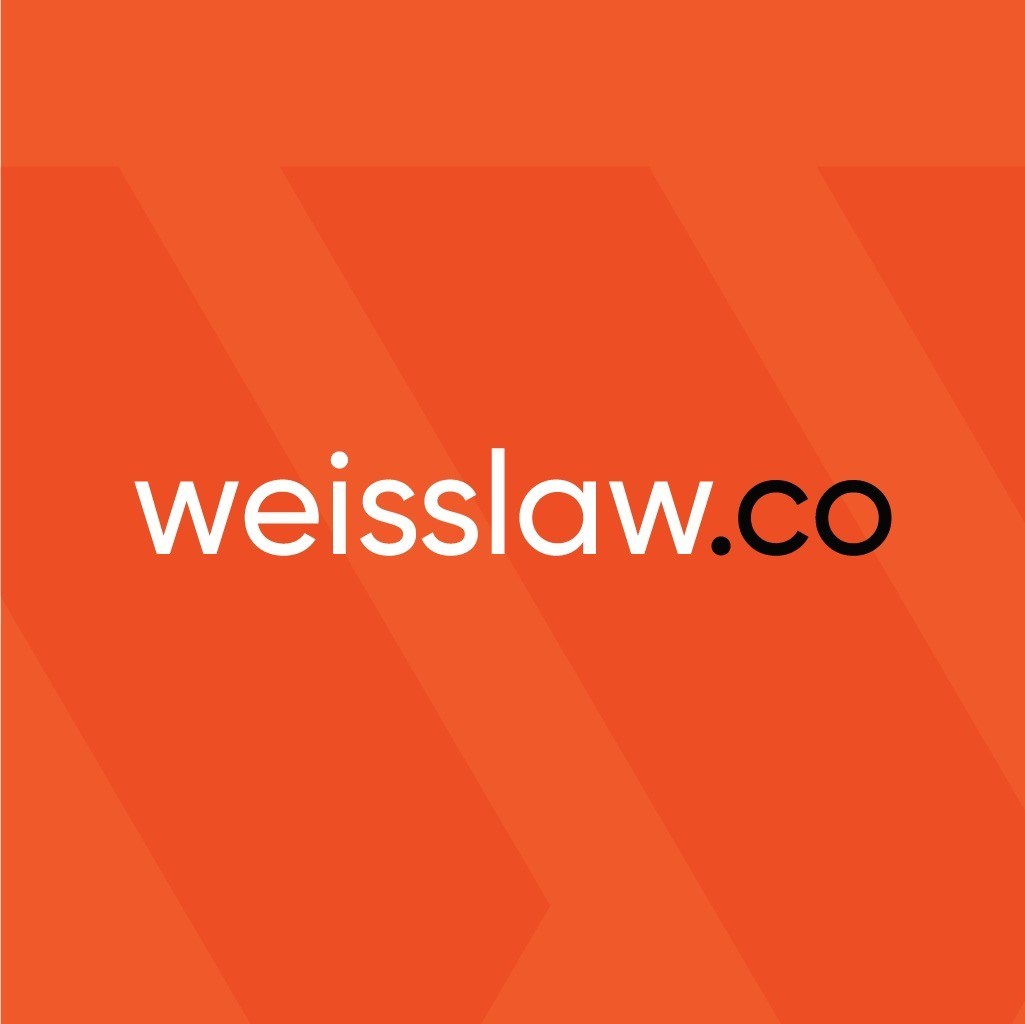 MCKINNEY, Texas, Jan. 26, 2022 /PRNewswire/ -- Globe Life Inc. (NYSE: GL) will release Fourth Quarter 2021 earnings after the market closes on Wednesday, February 2, 2022.  At that time a copy of the Company's Q4 - 2021 earnings press release and any other financial and statistical information about the quarter will be available on the Company's website at under Financial Reports and Other Financial Information.  In conjunction with the Fourth Quarter …

BEIJING, Jan. 26, 2022 /PRNewswire/ -- Chinese President Xi Jinping sent a congratulatory letter to the China Media Group (CMG) Forum, which opened Wednesday night in Beijing. With the Beijing Winter Olympics just around the corner, Xi in his letter said that China will deliver a streamlined, safe and splendid Winter Olympics for the world. Noting the forum is themed "Together for a High-tech Winter Olympics," Xi expressed his hope that participants at the forum could pool wisdom through …

New Poll from Higher Heights for America: 86% of Black Women Voters Support Prioritizing Nominating the First Black Woman to the Supreme Court when the Next Seat Becomes Available

BROOKLYN, N.Y., Jan. 26, 2022 /PRNewswire/ -- Today, amidst widespread reports that Supreme Court Justice Stephen Breyer will retire when the current term ends this summer, names for his replacement have already begun circulating. Biden vowed to put a Black woman on the Supreme Court on the campaign trail, which would be a historic first. In conjunction with Change Research, Higher Heights for America, the only national organization exclusively dedicated to harnessing Black women's political power from the voting booth to elected office, conducted a poll this month of 500 Black women voters. When asked about the future of the Supreme Court, 86% of Black women voters say they support prioritizing nominating the first Black woman to the Supreme Court when the next seat becomes available.

SINGAPORE, Jan. 26, 2022 /PRNewswire/ -- Kaddra, the award-winning Singapore-based tech company, announced today the closing of a US$2.5 million additional seed funding round. This investment brings Kaddra's total seed funding to US$5.5 million and will enable the company to accelerate its growth, to scale its self-service offering and bring further innovations to the market. Kaddra is on a mission to help SMEs realise their full digital potential and be ready for the next  generation of …

ROCKLEDGE, Fla., Jan. 26, 2022 /PRNewswire/ -- Community Credit Union Florida (CCU Florida), a member-owned, not for profit, financial cooperative located on Florida's east coast, today introduced "321 Financial Liftoff!", a program designed to educate and pave a path towards financial success for today's youth. Founded by a group of teachers in 1953, this initiative supports a new generation of members by providing a portfolio of products to positively impact their financial future. The program …

"We're humbled by the global recognition accorded our project and very encouraged that the enormous resources we committed to ensuring the development's sustainability is something that home-owners and others have affirmed to us that we did the right thing." Mr. Kittiphun Ouiyamaphun, Project Director – The Forestias, MQDC BANGKOK, Jan. 26, 2022 /PRNewswire/ -- Magnolia Quality Development Corporation (MQDC), one of Thailand's leading property developers, announced, today, that the company's 'The …

NEW YORK, Jan. 26, 2022 /PRNewswire/ -- The Gross Law Firm, securities class action litigators, issues the following notice to shareholders of Robinhood Markets, Inc.: Shareholders who purchased or otherwise acquired HOOD shares pursuant and/or traceable to the company's initial public offering conducted in July 2021 are encouraged to contact the firm regarding possible appointment as lead plaintiff. Appointment as lead plaintiff is not required to partake in any recovery. CONTACT …