Clara Sola, a Costa Rican film about to debut in US Cinemas 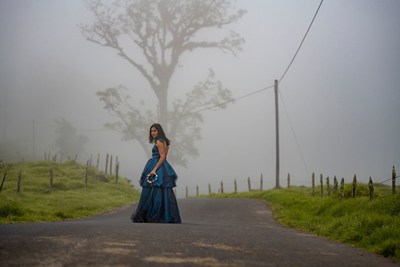 The Central American film opens Friday, July 1st at the IFC Center in New York and the Landmark Westwood in Los Angeles on July 8th, before rolling out to other cinemas across the United States.

Synopsis:
CLARA, 40, is believed to have a special connection to God. As a "healer", she sustains a family and a village in need of hope, while she finds solace in her relationship with the natural world.  After years of being controlled by her mother's repressive care, Clara's sexual desires are stirred by her attraction to her niece's new boyfriend. This newly awakened force takes Clara to unexplored territory, allowing her to cross boundaries, both physical and mystical. Empowered by her self-discovery, Clara gradually frees herself from her role as "saint" and begins to heal herself.

Opening and Q&A
At the New York opening, The IFC Center will be hosting a post-screening Q&A with director Nathalie Álvarez Mesén and star Wendy Chinchilla Araya moderated by the Film Critic and journalist, Jennifer Merin.

On Saturday, July 2nd at 7:20 p.m the Q&A Will be moderated by Kerensa Cadenas (editorial director of entertainment at Thrillist) and on Sunday, July 3rd following the 4:50pm show with moderated by critic Alissa Wilkinson

At Landmark Westwood in L.A. the Director Nathalie Alvarez Mesén will be on July 8th and 9th.

"Come meet our Clara on a big screen a little film with a big soul - about healing, desire, self-love, and the right to choose. Maybe, a film about someone with superpowers. Expect animal friends." said the Director.

Clara Sola is a movie produced by a Costa Rica, Sweden, United States, Belgium, and Germany collaboration, exalting the importance of the coproduction within the Central American & Caribbean region.

The Costa Rica Film Commission and Essential Costa Rica have been working hard in supporting the national film industry through the presence of Costa Rican delegations in the main festivals and markets worldwide, promoting the content, talent, services and locations.