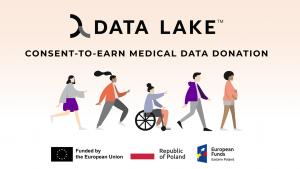 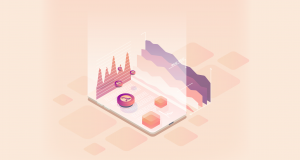 The Data Lake system has the potential to revolutionize medical research - with the right data we can combat almost any disease.”
— Dr. Wojciech Sierocki, MD
WARSAW, POLAND, November 24, 2022 /EINPresswire.com/ -- The EU-funded web3 startup Data Lake has launched the world’s first medical data donation system, based on Distributed Ledger Technology and with a novel incentives mechanism that rewards people for their medical data altruism called “Consent-to-Earn” (C2E).

They recently launched their pilot program to collect patient consents in multiple Polish hospitals. Partnering with the Polish Donate Your Data Foundation, the startup has collected hundreds of consents already, and their oldest data donor (or “Data Hero” as they are called) is in their nineties, proving the potential for large-scale adoption across all demographics.

The founders of Data Lake - all medical doctors - are convinced that medical science is on the verge of a revolution that could be one of the most important leaps forward since penicillin or vaccines were discovered. The tools of this revolution - including Artificial Intelligence, medical algorithms, and even robotics for surgery - are already beginning to play an every-day role in healthcare. Without representative, high-quality data it is difficult for researchers and the general public to put absolute faith in these new technologies that are so dependent on data. Bias in the data means bias in the final product.
Data Lake has found the solution to this problem.

The company has built a medical data access layer for research and development. Just like giving blood, people can anonymously donate their medical records to science. Their system is built upon the fundamentals of data privacy and user consent, and they’re using the public blockchain to guarantee transparency surrounding donor’s consents, while ensuring personal data always remains private and secure. The unique value proposition of their system for the general public, is their C2E model. If successful, it could allow people to self-monetize their medical data in a market worth more than €100bn per year in Europe alone.

CEO of Data Lake, Wojciech Sierocki MD says:
“The Data Lake system has the potential to revolutionize medical research - with the right data we can combat almost any disease. But with lives on the line and the chance to significantly improve the quality of life for millions, we realized that we had to go beyond relying on altruism alone to ensure global participation. That’s why we paired the noble idea of data altruism with a new Consent-to-Earn model to encourage participation. We’re convinced that what we’re building will help ethically and sustainably unlock access to this data, and fuel a new wave of medical and scientific progress!”

From the donors themselves to the hospitals and consent collectors, everyone shares in the rewards of a new data economy that is being opened up for the very first time. If they succeed in their mission to launch a global medical data donation system, the implications for medical science will be felt world-wide. Data Lake plans to expand their system to the rest of Europe and then worldwide in the coming months and years, and are already in various stages of negotiation with data providers and data receivers across the world.

About Data Lake:
Data Lake is building a global medical data donation system based on patient consent and powered by Distributed Ledger Technology. They’re empowering people to give consent to the usage of their medical data in a safe, easy and private way, while providing large data sets that revolutionize scientific research and medical studies. Their Consent-to-Earn model rewards those who contribute their medical data to science.

Privacy note: Data Lake takes your privacy very seriously - more information can be found in the privacy policy on our website. Please note that our press releases may be picked up automatically and distributed by third-parties - please read the privacy policies of the respective third-party service providers, as they may differ from ours.