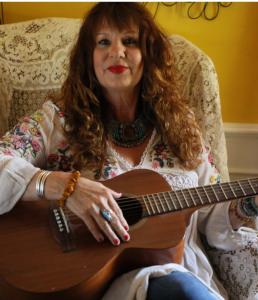 LOS ANGELES, CALIFORNIA, USA, January 24, 2023 /EINPresswire.com/ -- Deborah Presley Brando is now the eldest biological daughter of Elvis Presley. She was also married to the late Christian Brando, son of Marlon Brando. Her mother Barbara Jean Lewis , from Charlotte N. Carolina was 14 when she met Elvis and 16 when Deborah was born. Elvis Presley’s 1st cousin , and one time best friend Gene Smith, has supported Deborah and the facts and evidence on who she is.

The events of the past week have taken a devastating emotional toll on Deborah and her family. Deborah has decided to make this public statement sharing her thoughts and emotions with her supporters worldwide.

“When I received the call that my biological sister, Lisa Marie Presley, was rushed to the hospital, I felt a need — a pull — to go to her. Love is the most important thing in this life. I did not allow the Hollywood myth to stop me from making my final attempt to let Lisa Marie know how much she meant to me. She is my family.

As a result of my father's never-ending fame, a myth of delusion has been created — the myth being that Lisa was his “ONLY” child/daughter — an overused phrase intended to influence the masses. Granted, Lisa Marie was the only child of Elvis who was publicly acknowledged. He had other children. As far as I know, I am the eldest.

It is hurtful, and wrong, for his children to be disregarded and dismissed, as if we never existed — all in the name of the Hollywood myth. As blood kin, we have much in common that has nothing to do with all the myths that divide us. We share many things, such as a deep connection to music, especially Gospel and Country.

My sister is the latest casualty of the hollow shadow of fame. The weight of Lisa’s schedule in the past few weeks — to promote the film and to show her face at Graceland — was too much for her. No one seemed to care that she was literally being propped up. It hurt me to know and see that my sister was in so much pain.

I am here to support and send love to all of my unspoken family that live in the shadow of our father’s eternal fame. My public family has the right to know their blood family. We know who we are.-

My love and condolences to my nieces Riley, Harper, and Finley, as well as Danny, Michael, and Priscilla.”