Thursday will see a few passing clouds but we remain dry. Winds continue to pump in the heat from the south as many of us hit the 50 degree mark!

Friday starts off nice with sunshine and warmer temps pushing into the mid and upper 50s! Clouds build in late as do the showers Friday night in to Saturday. Most of us remain dry until after midnight.

New Years Eve, Saturday our next rain maker moves in and will be with us all day. Showers and downpours likely throughout the day but we remain warm as we inch ever closer to the 60 degree mark with most towards the south and west reaching it. New Years Eve parties should think about moving their events inside since rain will continue for the overnight. 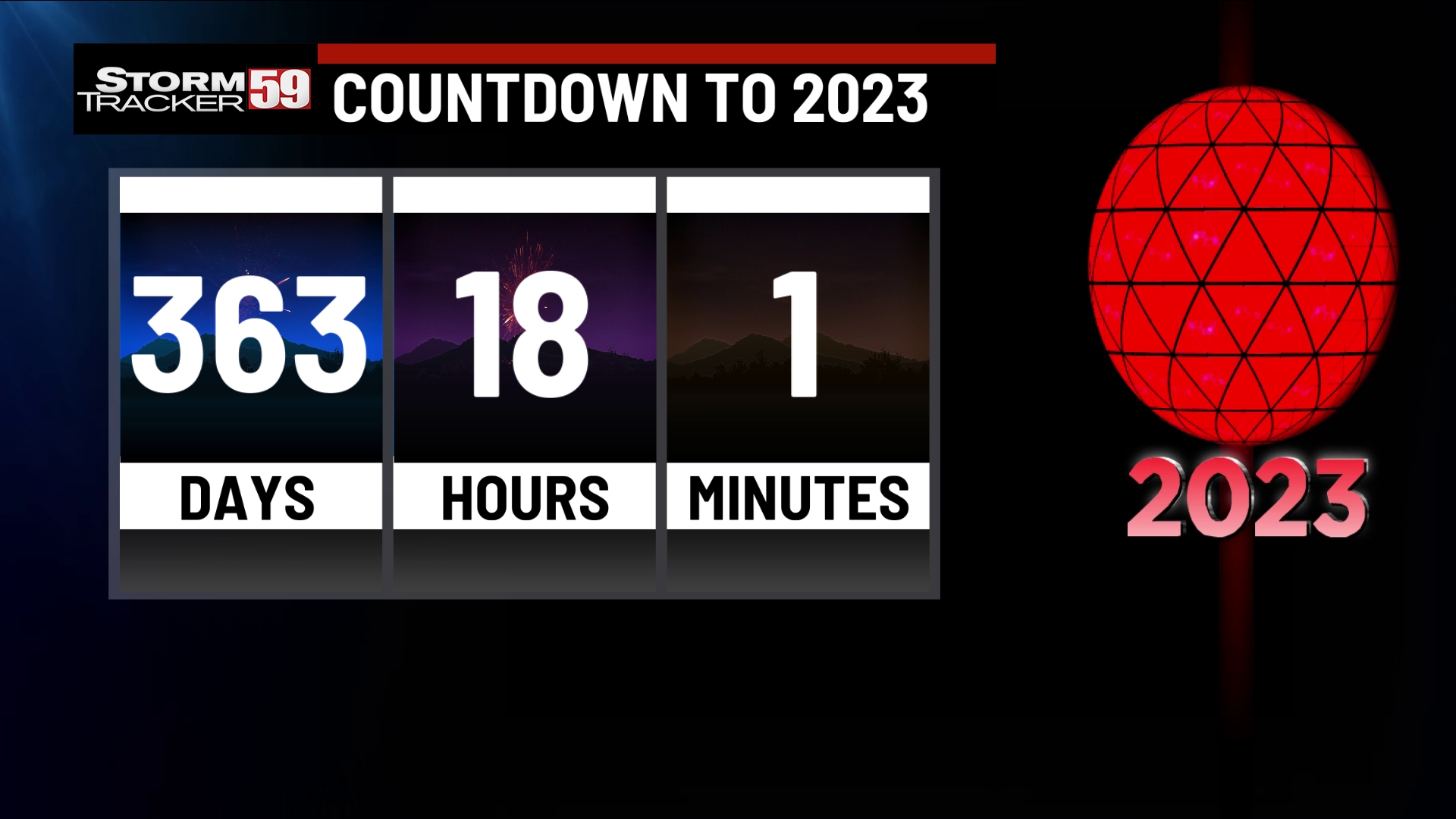 New Years Day, Sunday we’re kicking of 2023 on a soggy note as we continue to see scattered showers moving though. We’ll see a steady decrease in shower activity as the day goes on, but just don’t put that umbrella away just yet. Temps still running well above average in the mid and upper 50s!

Monday, hopefully you take an extra day off in the federal observance of New Year’s Day as we’ll enjoy sunshine as temps once again in the 50s! Not a bad start to the first week of 2023.

Tuesday we’re still running warm but showers are returning to the region. Some fine tuning on Tuesday’s forecast is likely but we look to start with heavy showers in the day time. Highs pushing near 60 degrees. Rain will tapper off for the evening hours but not go away entirely. Expect a mostly cloudy and gloomy night.

Wednesday still holds a few lingering showers but clearing will be the name of the day. Highs still running mild as cold takes it’s time moving in. Highs push into the upper 50s.

Thursday is when we’ll expect to see some colder air making the move into the neighborhood. A few sprinkles, mainly south, to start the day as a slow clearing begins. Highs only in the mid to upper 40s as we inch back closer to average.

In your extended day forecast 2023 may start off on a soggy note with rain but this is winter and we all know cold weather isn’t always too far away. As we get 2023 underway, expect temps to drop back below average as we return to the 30s and 40s. At least for those that don’t like snow, no real indications of any measurable snow…just yet.

To keep kids occupied during the Super Bowl, you’ll want to have activities prepared so you can focus on cheering your team on to another victory.

What is the history behind the teddy bear?

Here’s everything you need to know about the history of the teddy bear and the best ones to gift this year.

Everything your pet needs for winter

As winter blows on, it’s past time to think about what your pets need to stay warm and safe.

How two local restaurants are preparing for the Big …

Economic Impact Due To The Big Game In Grocery Stores

How Local Restaurants Prepare For The Big Game

LA mansion where Bugsy Siegel was killed is for sale

Employee arrested for threatening to shoot up Tudor’s

Pedestrian hit and killed on Route 19

Woodrow Wilson High School closed Monday due to a …